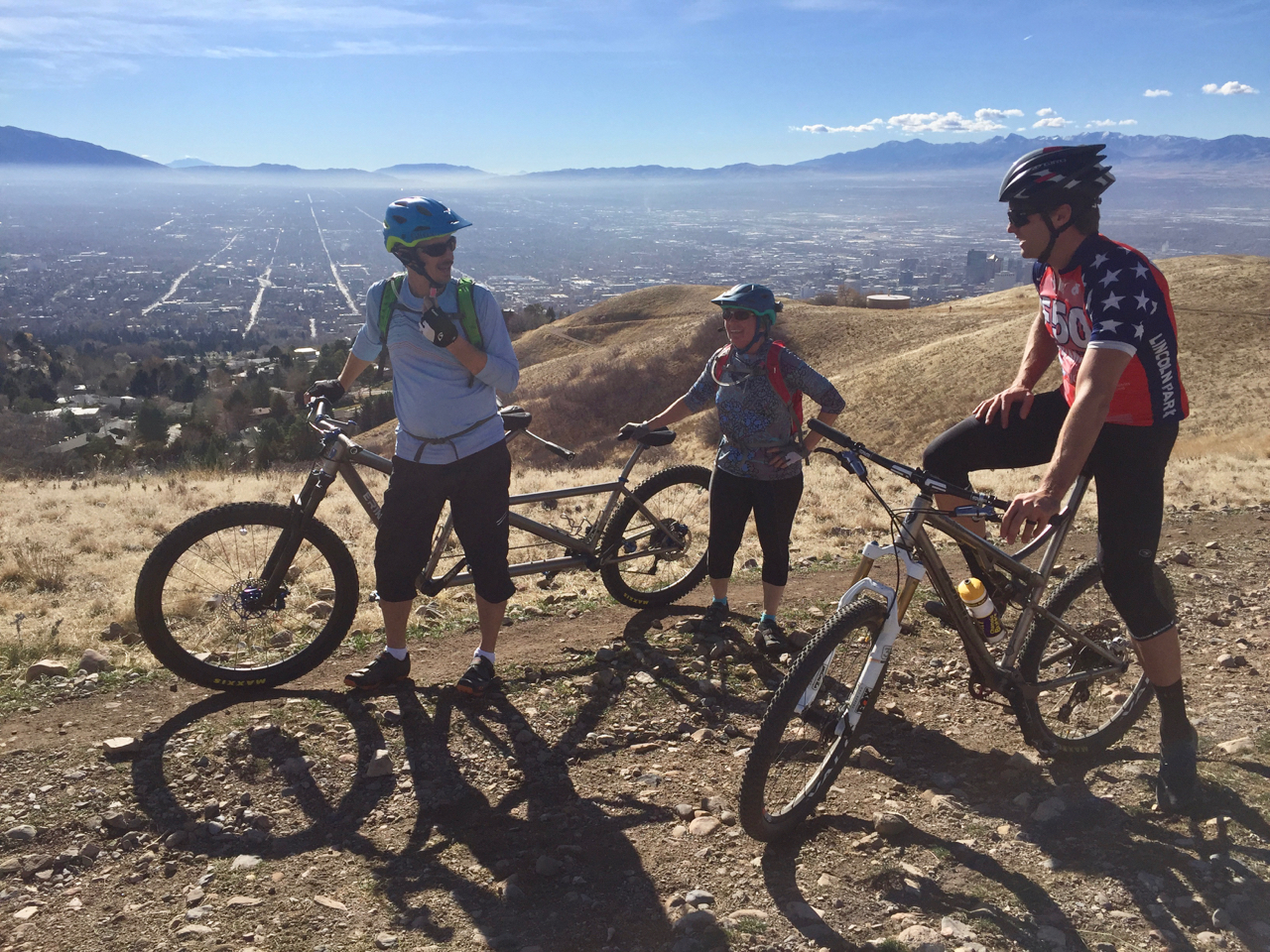 I wanted to give an update on what’s been going on around the shop since it’s been a few months since we launched our new brand. Brad has been working a ton but I don’t think he even realizes it because he seems to be enjoying every minute. If he‘s not at the shop, he’s at home working on drawings and responding to emails. He has been able to squeeze a few rides here and there. Of course he’s also been able to organize the garage, which is probably his favorite pastime.

We went to Salt Lake City over Thanksgiving weekend to deliver a Tandem and meet with a customer. It was near record high temps and we rode the trail network they call “the Avenues”. It was pretty awesome. We’ve never ridden there before, but now we know where to go when passing through Salt Lake. Apparently you can ride for many miles and connect to other outlying areas. Brett and Susan were super excited about their new Tandem. It was so great to ride with them and see what they could do on that thing. I was impressed with their Tandem riding skills.

We also stopped in Vernal on the way home the next day for a few hours. It was our first time riding there as well. We rode about 20 miles at Mccoy Flats. There wasn’t too much climbing and I wouldn’t say it was technical, but still fun and worth the stop. The trails were well marked and there were maps everywhere so it was easy to get a good ride in without worrying about getting lost. 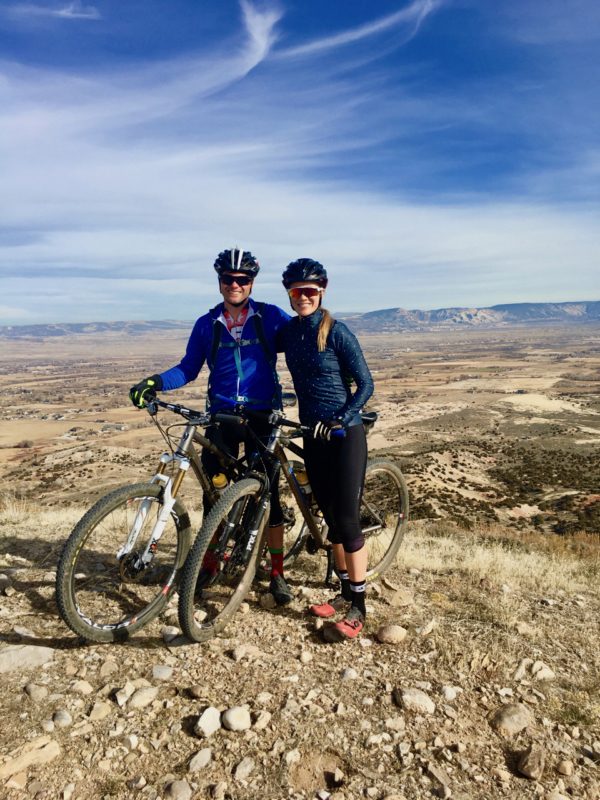 The weather in Steamboat has been very mild so far this season, and we’ve been able to ride further into winter than usual. The conditions for fat-biking have also been amazing lately. You can probably ride 20 miles of snow-packed single track on Emerald Mountain right now. We’re planning a road ride outside today. It’s December 12th. This is not normal. Climate change is real. Anyway, hopefully, more snow is in store for Steamboat in the near future. 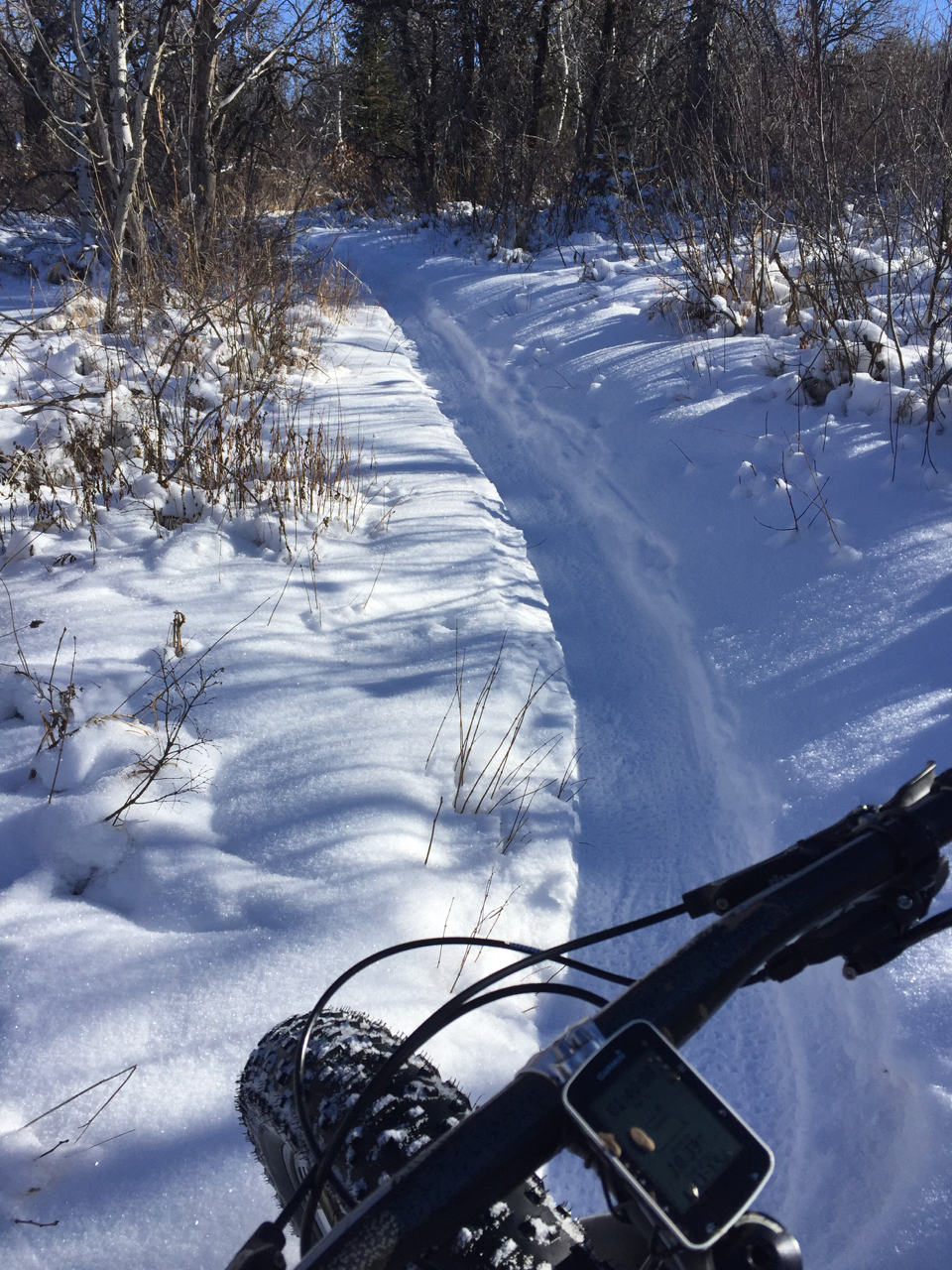 Finally to wrap up this update, we’re going to Tucson for at least a couple of weeks after Christmas. So we’ll be slowing down business operations during that time. We will be answering emails and doing some work remotely (of the paper & computer variety). Kyle will be at the shop most days to answer the phone and handle shipping/receiving, and other random things that need to be done. We figure we need to spend some quality time testing our products and also just re-set and get ready for our second year as business owners. If anyone is in Tucson during that time give us a shout!