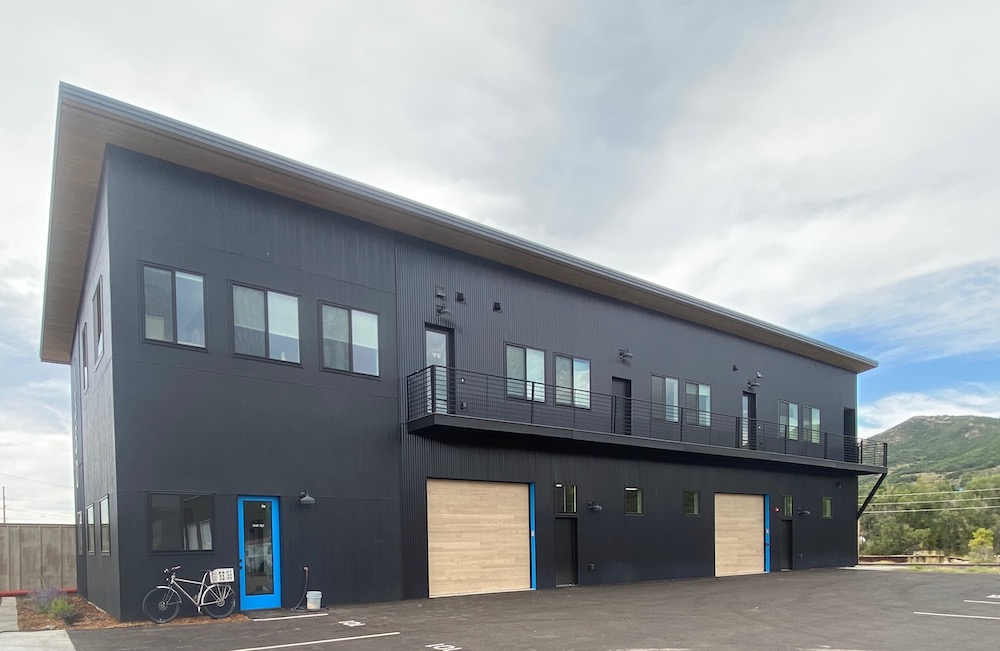 Three months after our our expected closing date we finally closed on the new shop on September 6th. I knew it was going to be delayed but Brad is such an optimist that literally every week since May he’s said something along the lines of “I think we might be able to close on the new shop next week”. I’ve been called a pessimist a time or two in my life, but I prefer to consider myself more of a realist, for better or worse. I just know how things go in the construction world – not that the project was delayed because of the physical construction part, but more with the paperwork/admin, certifications, etc. I didn’t entirely brush off Brad’s optimism but I didn’t expect it to be delayed this far out, but it’s finally moving time. Thanks to Kruse Builders for making our dream come to life and working with us on the project to make it uniquely our own. The building has two levels – we own the bottom level and the top level has two apartments which are already rented out to some bike friendly neighbors. We’re so excited about this move and more than ready to have a space of our own.

Here are a few pics of the new shop as we’re on our way to getting moved in: 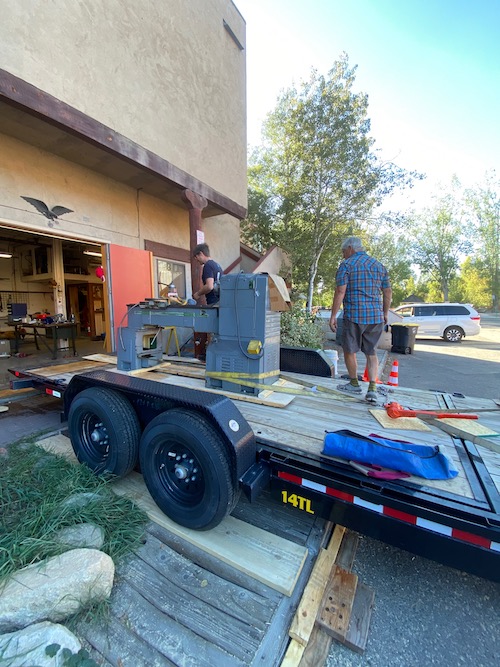 Moving heavy machines out of the old shop. 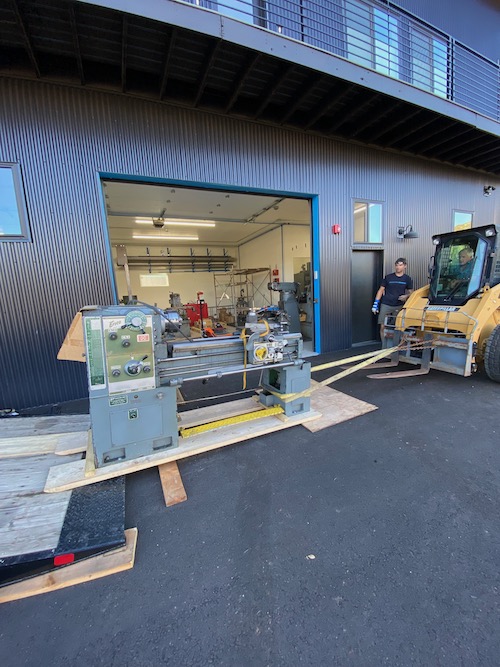 Moving the machines has been the most challenging part thus far. I literally had nightmares and visions of heavy machines falling on people so I was hesitant to let anyone help (not employed by us) who offered to help. So basically that meant the 3 of us for most of it, and our buddy Hugh who did not hesitate or even ask to help but just jumped in and gave a hand with the heaviest of heaviest. The machines weigh thousands upon thousands of pounds, one of them is over 4000 pounds, and they’re all top heavy to make things more interesting. The old shop space is also not the easiest space to move things out of. There are different steps leading to different levels throughout the bottom level, the floor has cracks, it’s uneven, the ceiling is low in places. Moving them is not something to take lightly. Pun sort of intended. On top of all this, it sounds weird but I didn’t know we had this many machines. I didn’t even know we had this much stuff. I’ve been told this is what happens when you move, but I really didn’t expect this much stuff. The old shop also has a funky lay out and there are rooms, closets, and dark corners that are not obvious until you’re actually trying to move everything out. Seems like there were mills hiding in dark places that haven’t been used in years but Brad insists he uses all of them.

Thanks to old friends and new friends who kindly lent us trailers, skid steers, and a giant Telehandler. Huge shout out to Rob with Grover Mountain construction and Clayton with Mountain Town Delivery, and of course our longtime buddies Hugh Newton and Bill Fieges. I’m happy to report there was only one casualty – a 150 pound tool for the lathe dropped off a trailer ramp on the concrete and broke. Not bad. 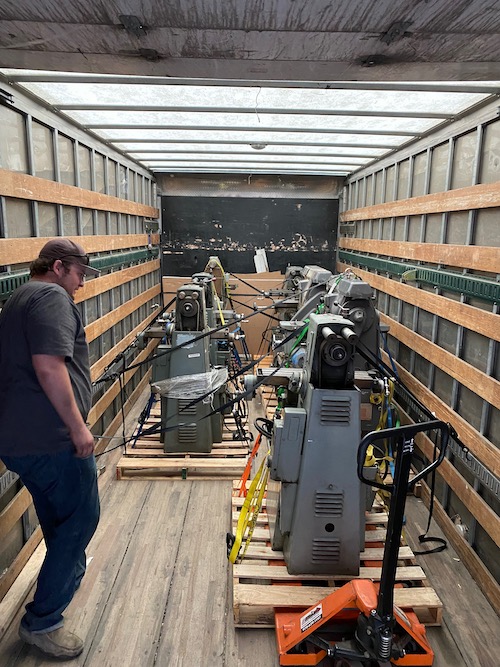 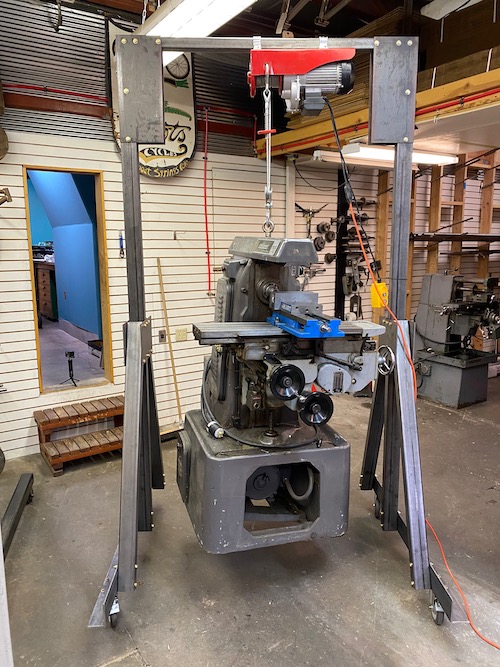 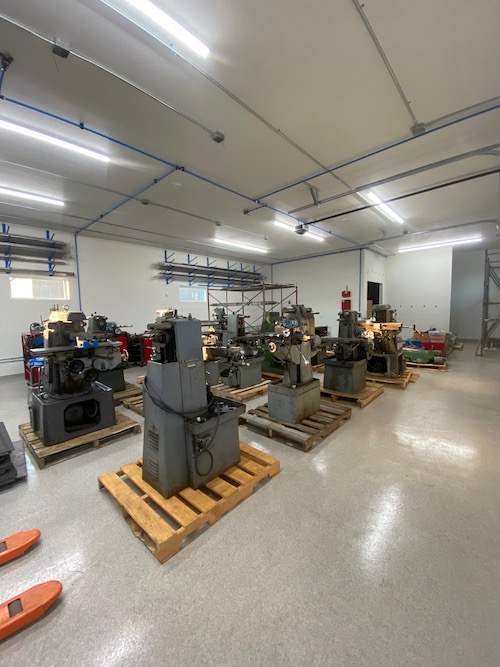 The hard part is over and most things are moved but we’ll be back and forth for the next week or so getting the old shop entirely cleaned out. It will take a while to get the new shop set up. We’re aiming to be a functioning business again the first week of October but to be entirely set up the way we love it, it will most likely be another few months or so. The moving process has been a bit stressful but exciting and we’re looking forward to getting the new shop fully dialed.

Another note: It has been hard to keep up on phone calls and emails the past few weeks, apologies to anyone trying to get ahold of us.

Here are a few more pictures from progress and we’ll also be posting updates and stories on Instagram. Until next time! Peace ✌️ Hannah B 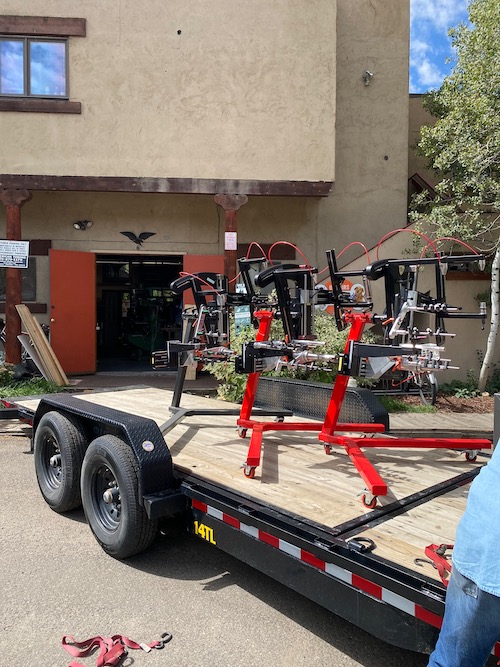 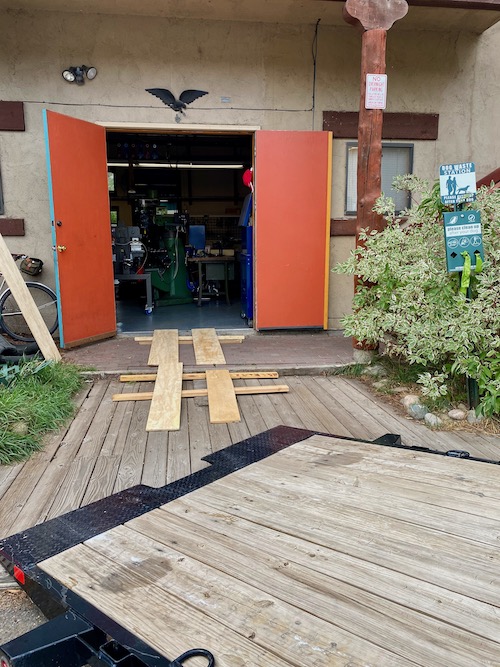 Getting heavy things out multiple uneven steps took some time and intentional thought. 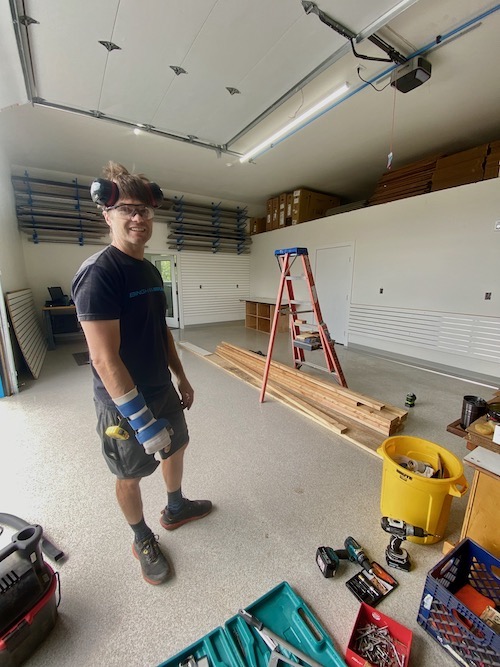 Building shelves at the new shop